Patrick Jacques Roy is a Canadian former ice hockey goaltender and the current head coach and Vice President of Hockey Operations for the Colorado Avalanche of the National Hockey League. He is regarded as one of the greatest goaltenders of all time.

In 2004, Roy was selected as the greatest goaltender in NHL history by a panel of 41 writers, coupled with a simultaneous fan poll. On November 13, 2006, Roy was inducted into the Hockey Hall of Fame. He is the only player in NHL history to win the Conn Smythe Trophy three times, in different decades, and for two different teams. Roy's number 33 jersey is retired by both the Canadiens and Avalanche. 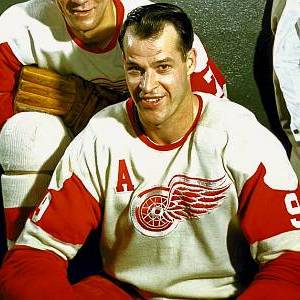