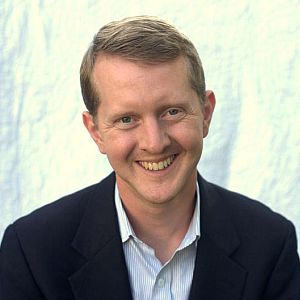 During his first run of Jeopardy! appearances, Jennings earned the record for the highest American game show winnings. His total was surpassed by Brad Rutter, who defeated Jennings in the finals of the Jeopardy! Ultimate Tournament of Champions, adding $2,000,000 to Rutter's existing Jeopardy! winnings. Source: Wikipedia