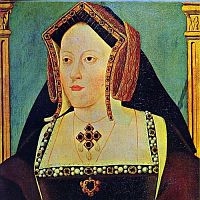 Catherine of Aragon was Queen of England from 1509 until 1533 as the first wife of King Henry VIII; she was previously Princess of Wales as the wife of Prince Arthur.

The daughter of Queen Isabella I of Castile and King Ferdinand II of Aragon, Catherine was three years old when she was betrothed to Prince Arthur, heir apparent to the English throne. They married in 1501, and Arthur died five months later. In 1507, she held the position of ambassador for the Spanish Court in England, becoming the first female ambassador in European history. Catherine subsequently married Arthur's younger brother, the recently succeeded Henry VIII, in 1509. For six months in 1513, she served as regent of England while Henry VIII was in France. During that time the English won the Battle of Flodden, an event in which Catherine played an important part.

By 1525, Henry VIII was infatuated with his mistress, Anne Boleyn, and dissatisfied that his marriage to Catherine had produced no surviving sons, leaving their daughter, the future Mary I of England, as heiress presumptive at a time when there was no established precedent for a woman on the throne. Source: Wikipedia 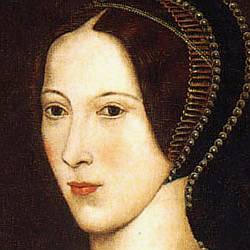 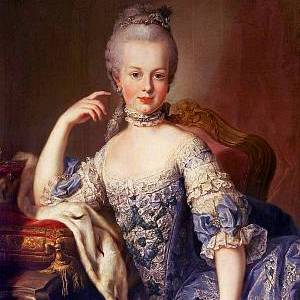 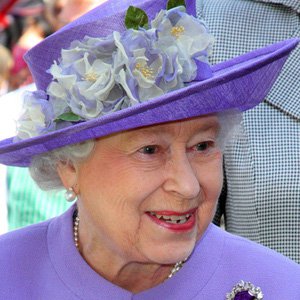